Please stay a 2m safe distance from our technicians while we work on your vehicle. 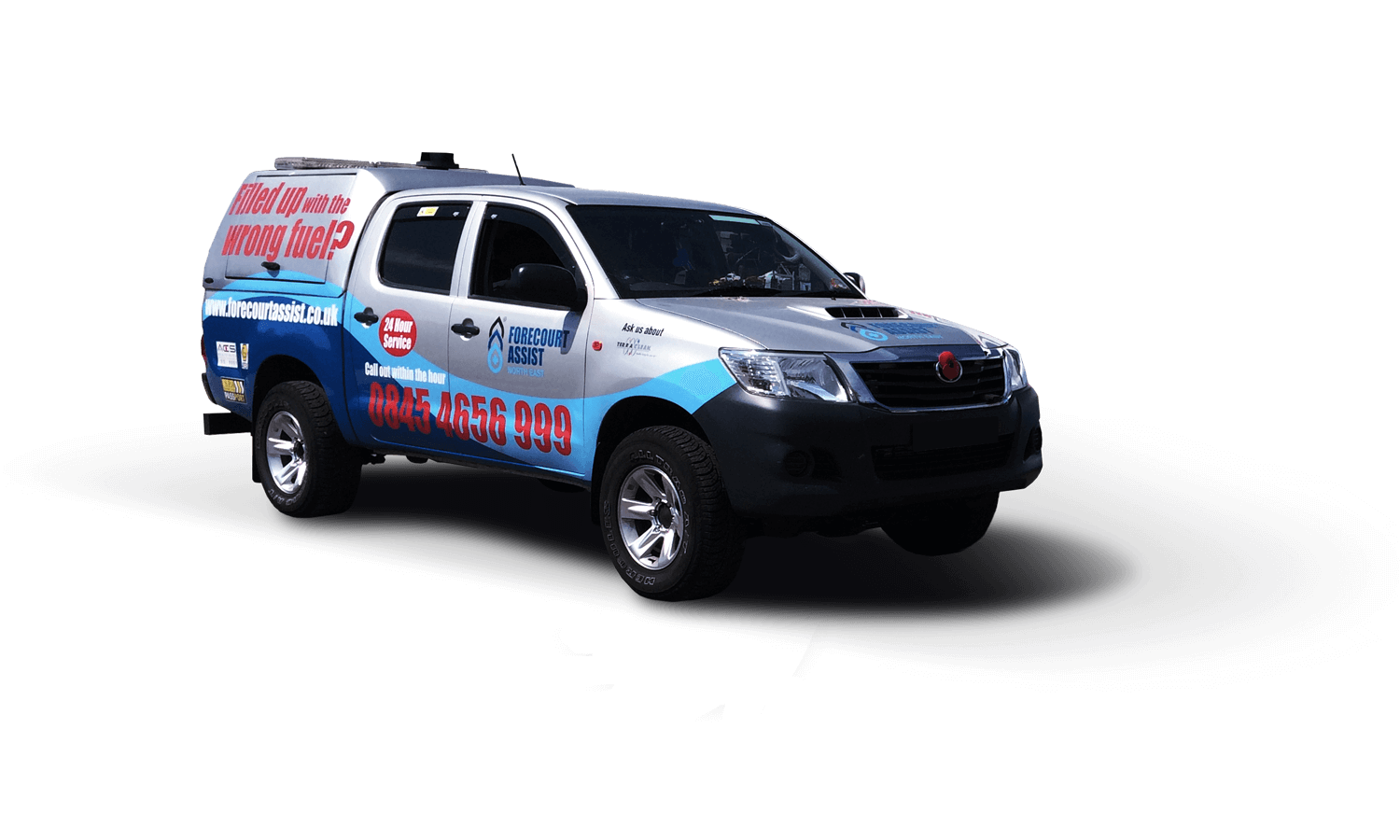 DAM, I put the wrong fuel in my petrol car, i put diesel in. Someone told me to top it up and mix the wrong fuel with fresh fuel so i listened to him. I suddenly broke down on the A69 in Northumberland. I was waiting 30 mins and a technician from this company turned up, towed me to a safe location and fixed my car. He provided some fuel and i went home. All happened within 60 mins.

Filled up with the wrong fuel in Sunderland. Esso gave me your contact details and i called. Very polite male answered the phone and assured me i'd have someone with me in 40 minutes. I then received a call from Ryan who said he was 30 mins away. He attended, very polite young lad who explained what he was going to do. He provided me fuel and i drove back to the pump and filled up with correct fuel. 5 STAR SERVICE.

well done everyone involved, still very annoyed i filled up with the wrong fuel but you guys (Pete) got me away safely.

Thank you Forecourt Assist North East / Fuel Support for your assistance. I mistakenly put petrol in my diesel Mazda CX-5 and drove it around Carlisle. Karl attended within 50 mins and he had my car up and running again in 25 mins. Excellent Service, very happy with the service.

Thank you very much to Ryan who attended my vehicle late one night last week. Lovely lad.

Absolute Fantastic Service. Called my breakdown and although i was not covered the price was very good. My recovery sent out this company and i can't fault any of the service apart from my own mistake. Thank You Carl.

Use my diesel car for long journeys but my scooter for work, you just took my overtime off me. ha ha, could have been worse though if I broke my scooter I could have been looking at a new engine which is a fortune. Thanks Forecourt Assist North East.

Silly mistake, won't happen again. Thanks to the forecourt and the lad who attended me. Cracking service

On me way to work at 6am not thinking, still asleep and I put petrol in my diesel, lad got to me within 15 mins and it took about that to take it all out. Word of warning, don't tell your mates what you did. I'm getting hounded. Lol. Cheers lads.

Petrol Station gave me your card and i have to say what a cracking young chap that came out to me, i was chewing his ear off on why i put wrong fuel in my car but he just listened. Cracking lad, didn't get his name but he had a Jeep 4x4. Thanks.

Very good service, 5 stars at 11pm on night. Only waited 25 minutes when my breakdown was going to come next day.

You truly showed your professionalism when attending me at Asda Peterlee. I had accidentally put £40 of petrol into my husbands BMW, he went ape by the way. Ha Ha. Thanks a lot David the Technician.

let us know how we did